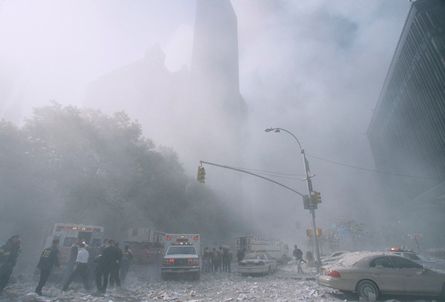 A few months ago I was on a rare long break during a gig, and was chatting it up with one of the guys in the band. He had been looking at a website on his cell phone, so I asked him what he was checking out. Although he told me the site name, I don't recall what he said it was, but essentially it was a website that promotes various conspiracy theories. He was looking at pictures of the 9/11 World Trade Center attacks on the site, and explained to me that many people believe it never happened; that it was a series of projected images that created the illusion of the buildings being hit by planes and then falling. I listened to him explain the theory, reminded myself that he was a young impressionable guy in his 20's, and asked him what his opinion was. He said he wasn't sure if the attacks actually happened. I then calmly suggested to him that it was no illusion and that I saw it with my own eyes and watched both buildings collapse into rubble from my window. Perhaps I swayed his opinion, perhaps not; that's the thing about conspiracists and the people who believe them: facts are not always relevant.

It's hard to believe that Sunday is fifteen years since the attack. I used to write about it every 9/11 anniversary, and then gradually I stopped as the day became a distant memory. But there are things that will always stay with me, as they will with all New Yorkers who lived here at the time: the experience of a city in lockdown on the day of the attack-- no traveling in or out, virtually no cars or taxis driving, and an eerie silence I had never "heard" before or since in this city. I remember people just wandering the streets, dazed with the day's news and scared at the horror of the event, fearful there might be more to come. In the days that followed, nervous with every plane that flew overhead, I recall our sense of community and reaching out to each other. Although we were strangers, we became brothers and sisters through shared circumstance. Some openly cried on the street, some posted signs and pictures of their missing loved ones, desperate for someone to offer a glimmer of hope. I'll also never forget the horrid smell of burning rubble that permeated the city for weeks after. I don't think anyone at the time was fully aware of what a world-changing event September 11th, 2001 would become; two U.S. wars would follow as a result. So this Sunday we once again say a prayer for all Americans who lost their lives that day and in the deadly wars that came after. 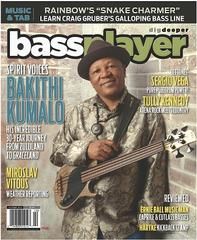 Back to my insignificant little world of bass... for fans of Weather Report co-founder and ECM recording artist Miroslav Vitous, check out my interview with him in the new October issue of Bass Player, on newsstands now. Miroslav's new album Music Of Weather Report is quite a listening experience, and he talks all about the making of the record, as well as his time as a member of the group.

Finally, a quick thanks to those who came to the Bitter End gig in July that I mentioned in my last news item. I used my new Sire V7 Vintage Marcus Miller 5-string, and now, after two months and playing more than 20 gigs with it I'm happy to report that it's quite a killer bass and holding up nicely. I'd be happy to answer any questions about it, and plan to post a small snippet of video from the Bitter End gig. Feel free to email me via my Contact page. 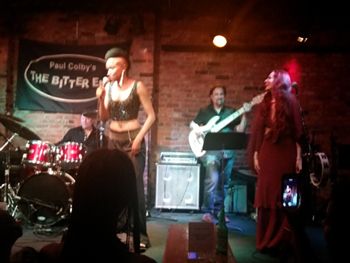